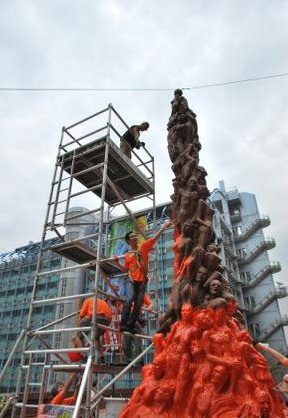 The Color Orange by Jens Galschiøt

We launched the project, The Color Orange, to highlight human rights violations in China during the Beijing Olympics in August, 2008.