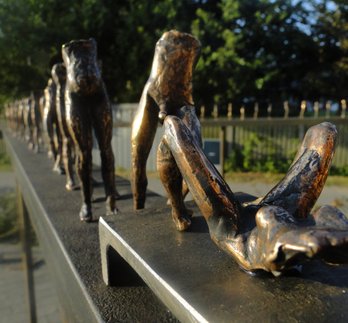 550+1 is an art installation about human trafficking and prostitution. The sculpture is 60 meters long and consists of 550 male figures and 1 female body. The 550 male figures represent the number of customers a Nigerian prostitute is expected to have within a year.

The sculpture was finished in June 2015, and was exhibited at the People’s Political festival, and later at a Culture meeting on the island of Mors in 2015.